We spent Russian Easter with our communist British friends (the Walkers) last weekend. What we love most about the British is their insistence on formality....here we see Ben and Alice Walker lounging around the house in proper Sunday dress well before the festivities began...they just don't know how to let their hair down over there.... 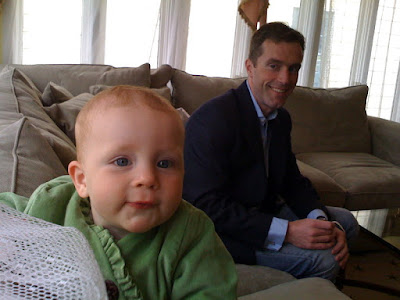 Later that day we took a trip to the local food market to grab some lunch and there was an obnoxious guy on his cell phone talking loudly and gesturing wildly with his hands....I wanted to re-enact the scene from Good Will Hunting where Robin Williams grabs Matt Damon by the throat and tells him, "I will end you." Then I remembered that I had a 3-month old in my hands and that "ending someone" on a Sunday afternoon in Long Island for being an asshole is not yet a crime punishable by death. 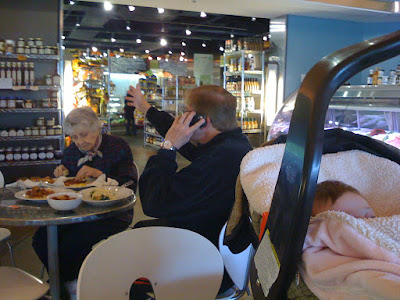