No Mustaches For Ginger 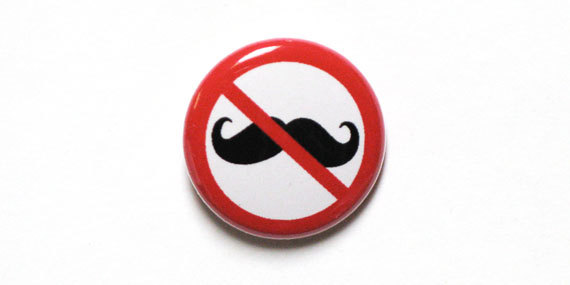 From time to time Ginger will announce that she has a "love emergency." Lucy is susceptible to this temporally illness as well. It occurs when one of them sees (or simply considers) a person (usually a boy) who has had a powerful romantic effect on their soul. The emergency manifests as a simulted temporary loss of consciousness (picture a small child pretending to fall completely limp all of a sudden).

Anyway, yesterday Ginger announced that she had a "love emergency" for her swim teacher. Today, however, she noticed that her swim teacher had grown a mustache and the introduction of that facial hair cost our friend and educational comrade an admirer. Today we learned from Ginger that there were no emergencies taking place of any kind.

So there you have it. Ginger, officially, is not a fan of the stache. Documented. Realtime.