No Sleep Till DC

This weekend we packed up the kids into the family truckster and headed down to DC for my brother-in-law Steven's wedding. It was good times and I documented as much as I could below. 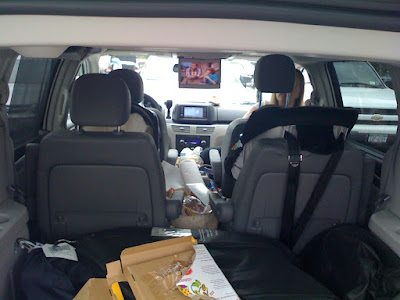 This shot does not faithfully represent the carnage that became our car during the 10+ driving hours we logged over the course of the weekend. It was not a car so much as "diaper changing, baby feeding, Sesame Street movie repeating, small child transport vehicle." 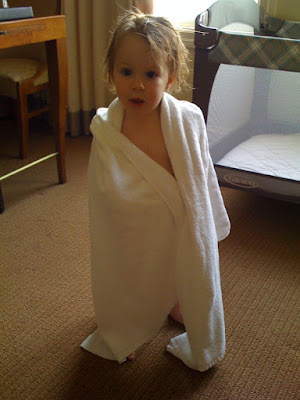 A little "gamey" from the 6 hour drive from New York...Ginger insisted on a shower, a foot rub and a Pimms to get her back on track. 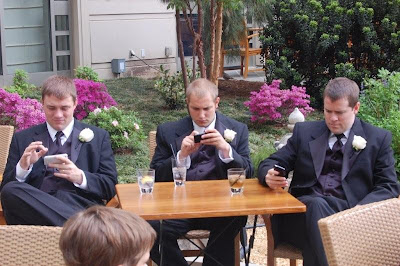 Drinks? Check. iPhones? Check. Three dudes being forced to sit through 4 hours of wedding pictures while the Yankees are playing and there is no way to follow the game other than through the tiny portal of a handheld device? Check, Check and Check. 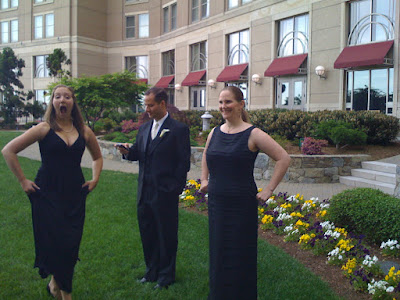 Amie and her sister Heather further prove their strict aversion to being the center of attention. They hate that. A lot. Especially when cameras are around. Some day...god willing...they climb out of their shells. 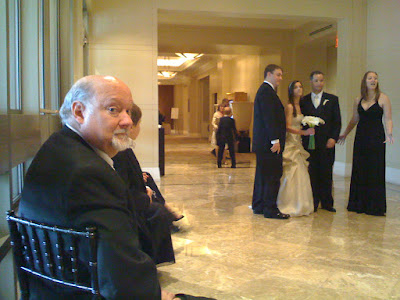 A smart man does not try to step in front of a tidal wave as it is cresting.....a wise man grabs a chair, a drink and watches as the force of nature unwinds itself unto the masses. 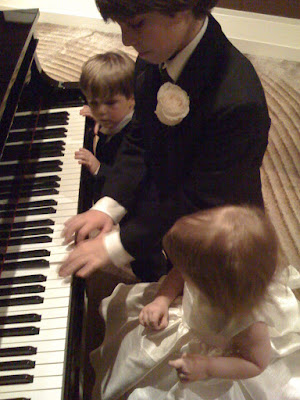 Ginger, dressed in her flower girl best and joined by her older cousins Austin and Dylan, performed a stunning rendition of The Scorpions' "Rock Me Like a Hurricaine"...apparently on the assumption that the crowd needed some gentle "house music" as they found their way to their seats. Jewish ceremonies are pretty rowdy....I had no idea. 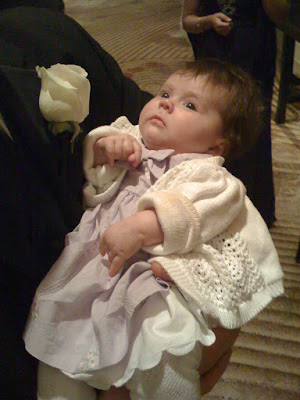 Lucy provided back up vocals.....from a safe distance. 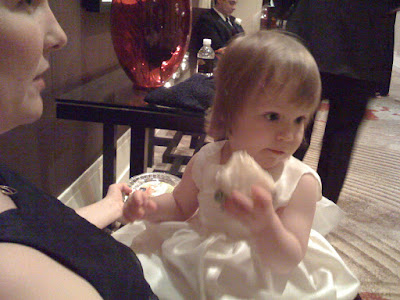 The time for forks had ended....and Ginger took matters (and cake) into her own hands. 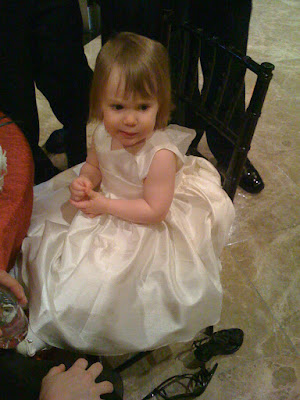 Her flower girl duties thus wrapped....Ginger found a cozy spot in the cocktail reception area and chirped with the bridesmaids....as is tradition. 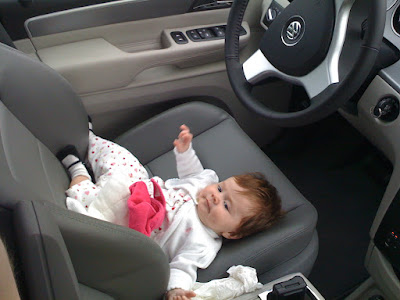 Eager to "help the team" in whatever way possible, Lucy (from her carseat positioned directly behind me) eyeballed Daddy's wavering attention to the road due to an excess of Jack Daniels and a paucity of rest, determined that her safety and the safety of everyone in the car was at risk, leaped out of her carseat and over the headrest pushing me aside and taking control of the car. She's a woman of action...a true Sanborn.