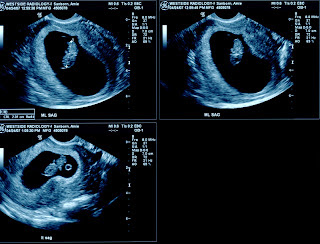 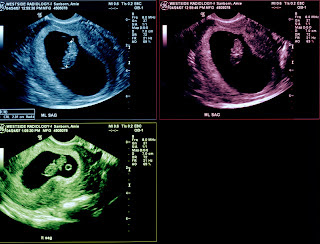 The “now…..now….batting….batting….for the New York……New York……Yankees…..Yankees” edition (unedited…I swear I have no idea how that kid got the hat and the baseball in there) 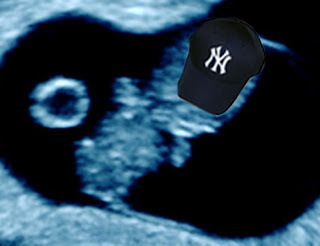 Yes...that's right. I am a VERY powerful man and I have proved it once again by creating life. Amie apparently has something to do with this as well. She endures a daily battle in the fight to divide cells which has thus far been a struggle (lots of "interesting" things happen to pregnant women in the early phases with respect to bodily functions and general wellness) but one that we're both very excited about.

For those who are just learning of this new development, here are a few ground rules:

So that's the story. We'll be using this blog to keep you all informed on the various developments over the next - well - 20 or 30 years.

GointoMarket said…
Congratulations! I am so excited for the both of you!! Planning an early August trip to the Rock and maybe LI and I'd love to see you ...
May 21, 2007 at 4:54 PM

Anonymous said…
Congratulations! May The Admiral someday soon realize that he (also invoking "The Editorial He" as opposed to using the pronoun "it") should actually strive to pitch for the Royals. We really could use a good lefty...

And, you know, as far as LIRR goes...The Inferno is actually a much more exciting read than Purgatorio or Paradiso, should that comfort you in any way...
May 22, 2007 at 11:13 AM

Unknown said…
That kid had better not waste any time being born, playing some little league ball, skipping college, getting drafted and switch hitting for power- to both fields.

The Yanks are running out of single digit numbers to retire...

(did I mention it would help if he was a boy?)